How to Kill Demodex Mites In Your Home

Did you know that each night, there could be bugs crawling on your face which could be causing a host of illnesses? Few of us may know about these spider-like mites and their impact on our health because their presence is usually very subtle and it is possible for you to remain asymptomatic for a long time. In other instances, demodex mites may cause a series of diseases affecting the eyes or skin.

What are Demodex Mites?

Demodex are small bugs that primarily live on the human face. These mites have eight legs and mainly inhabit the cheeks, eyelashes, forehead, the sides of the nose and outside the ear canal. When one is infected by demodex mites, the condition is known as demodicosis.

There are different types of demodex mites but those that commonly live on the human face are the demodex brevis and demodex folliculorum. Demodex brevis live in the skin’s oil glands and depend on the gland cells for nourishment. Demodex folliculorum live in hair follicles and are especially fond of the eyelashes. This latter type of mite feeds on the skin cells.

Demodex canis are a species of mites that live on dogs but they do not cause any illnesses for their host. Demodex canis can migrate from dogs to humans but are incapable of living on the human skin for a long time.

Demodex mites are averse to light and therefore are most active at night. They emerge from the skin’s pores and mate on the shaft of the hair follicles of the eyelashes, eyebrows or in the sebaceous glands.

When they lay their eggs, the eggs hatch into 6-legged larvae within 4 days. After a week, these larvae develop into adult mites at which time they are capable of mating to continue the cycle of infestation. The lifespan of a demodex mite is typically 2 to 3 weeks.

Who Is Infested with Demodex Mites?

Demodex mites mostly infest adults and older children; they rarely live on younger children whose sebaceous gland are not fully formed and therefore would not offer appropriate nourishment for the mites.

People suffering from an immunodeficiency disease such as leukemia or HIV may have a more widespread infestation of demodex mites.

In the same vain, if you are under immunosuppressive medication you may have a higher proliferation of demodex mites. Studies also show that chronic stress may result in a demodex infestation.

Individuals with particularly oily skin are more prone to demodex infestations especially on the eyelashes. Remember, the sebaceous glands are a vital source of nourishment.

Applying too much eye makeup can predispose you to a proliferation of demodex mites living in the eyelashes. This is why it is so important to clean your face to remove all the makeup before going to bed. If you already suffer of sensitive skin or show signs of Rosacea, take a look at our facial cleansers for Rosacea.

Surprisingly, hygiene does not have much bearing on demodex mite infestations. You could have good hygiene and still have demodex crawling on your face at night.

Swelling of the eyelids

Given that demodex mite prefer to inhabit eyelashes they may cause inflammation of the eyelids. This manifests as a burning sensation, itchiness, redness and crustiness around the eyelids.

It is possible for a high proliferation of demodex mites around the eyes to cause an eye infection.

As mentioned previously, demodex mites do not like light; most of their activities take place at night and in the morning, they retreat to the hair follicles. As such, it is common for those infested by these mites to feel itchy around the eyebrow and eyelid areas.

A high proliferation of demodex mites can cause your eyelashes to fall due to weakened hair follicles.

Demodex may not only infest the eyelashes; they may also infect the tear duct and therefore cause your vision to blur. Usually, this temporary condition clears up once the infestation has subsided. If you want to to give your lashes a growth boost, consider a regrowth treatment.

Demodex may aggravate acne in some people although the link between acne and demodex mites is still weak compare to the connection with Rosacea.

In a recent study, Zhao et al (2012) found that people with acne vulgaris were three times likely to have demodex mites on their face. Just like Rosacea, this association is not causative but rather contributory.

To treat Rosacea Acne, take a look at these options.

Acne typically triggers increased production of sebum, which serves as a great source of food for the mites. When looked at this way, one may conclude that the presence of demodex mites on the face could worsen existing acne.

Although research on the link between Rosacea and demodex is still in its early stages, findings have revealed that mites living on the skin may result in inflammatory skin disease.

Demodex mites may not cause Rosacea. However, the bacteria in the mite’s feces could be a contributing factor.

In one study, experts found that those suffering from Rosacea were eight times more likely to have demodex mites on their face when compared to individuals with normal skin. This left the researchers to conclude that a link could exist between demodex mites and Rosacea (Zhao et al, 2011).

The study also found that a greater degree of infestation was more likely to aggravate Rosacea, making it necessary to lower the amount of mites on the face (Zhao et al, 2011).

How to Kill Demodex Mites

Just the thought that these mites could be crawling on your face is enough to get anybody worried and disgusted. The truth is, a large majority of humans are infested with these mites to varying degrees. The good news is, a lot of the time demodex are harmless.

However, if you experience the above symptoms, you may want to minimize and prevent the reappearance of demodex mites.

It is recommended that you clean your face with a mild, non-soap cleanser two times a day. You should particularly focus on your eyelashes to eradicate the oils that are a great source of food for mites.

You may use something as mild as tea tree shampoo or baby shampoo for eyelids as these are effective and gentle. Cleaners with oil should ideally be avoided because you are trying to eliminate as much oil from your face as possible.

Antibiotic creams may also be used to eradicate demodex mites by immobilizing and suffocating them. However, it is important to speak with your ophthalmologist to ensure that the medication you use is safe, since some people may develop allergies to Neosporin.

Use a Guided Treatment Plan

Follow a guided treatment﻿ protocol using products that are free of SLS, SLES, Paraben, Artificial and colour to avoid alleviating your symptoms further.

Exfoliating is one of the best ways to maintain a clear, healthy skin. It is recommended that you use a gentle exfoliator two times a week to remove the dead skin on your facet that is a source of food for mites. Exfoliating also helps to unclog your pores and to keep them free of mites. 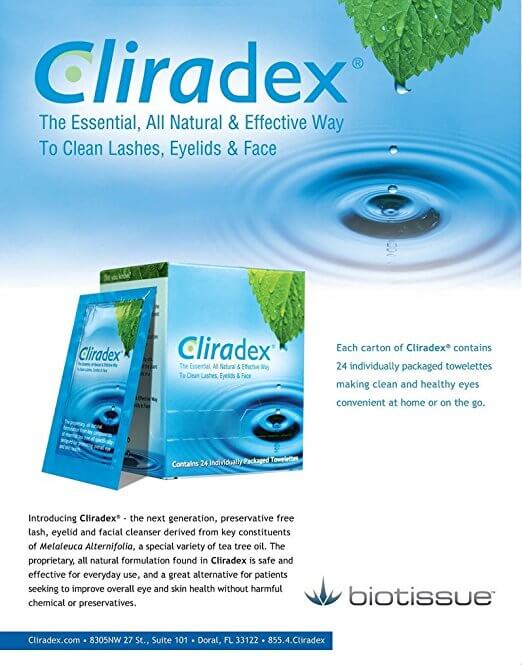 In case a Tea Tree regiment is not your ideal solution, there is a more convenient, equally effective way..

Meet Cliradex, a preservative-free, all natural facial cleanser with 4-Terpineol (based on Tea Tree oil) as its main ingredient.

Since it only contains the active part of Tea Tree Oil, your face won't have to deal with the potential harshness of the original oil.

Use it once or twice daily on your face, eye lashes and lids. 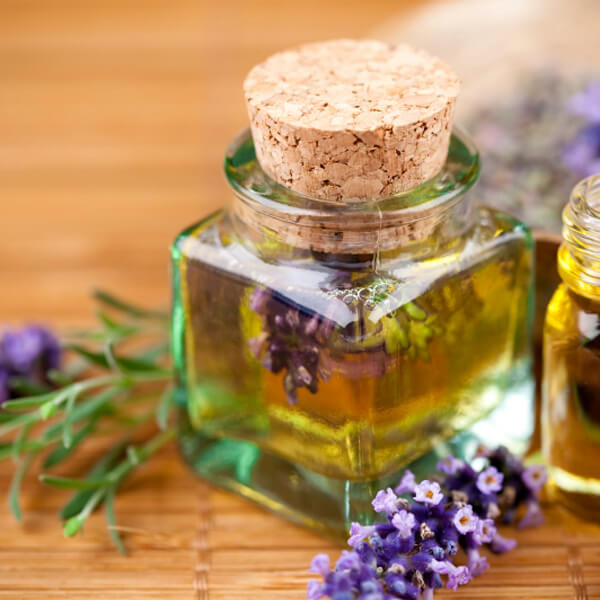 Tea tree essential oil is one of safest and most effective ways to eliminate demodex mites.

Everyone in your household including pets should be checked and treated for demodex mites. Remember, these mites migrate a lot from person to person and from pets to people too. This is the best way to kill demodex mites in your house.

To Use Tea Tree Essential Oil for Demodex Mites:

Being careful not to put any oils in the eye, rub the essential oils to your eyelashes before going to bed. Follow this routine for at least six weeks.

Add tea tree oil in your facial cleanser each morning and night to prevent a mite infestation.

Clean your hair and eyelashes with tea tree oil to prevent mites from laying eggs.

Use a cream containing 5 percent tea tree oil and apply around eyelids and face. This prevents the mites from mating and therefore helps to keep the mites away from your face.

Other than hiding in the skin pores, demodex mites may also find their way to your beddings. It is a good idea to completely get rid of your bed sheets, pillows and pillowcases to prevent a re-infestation.

Continuing to use the same makeup while treating a demodex mite infestation will offset any results. So, you want to get rid of all your makeup and buy a new set.

You may also want to stop wearing makeup for at least one week when treating the mite infestation.

If the demodex infestation prevails, you may want to see a medical professional who may prescribe an effective drug to fight against parasites.

If applying tea tree oil to skin to alleviate the symptoms of Rosacea or acne, your best bet is to dilute the essential oil down to 25% and to perform a patch test before applying to the entire face.

Essential Oils for Back Pain

The Best Skin Care Products For Rosacea in 2023