How to Remove Skin Keratosis at Home

While the causes are unknown and these moles may look like cancerous growths, they should not be a cause for alarm. Most people only remove the growth for cosmetic and not health reasons.

However, with age, seborrheic keratosis can start itching and the resulting scratch can cause irritation and bleeding. That's the time when most people consider having their growths removed, or alternatively, are looking at home treatments.

Below are some remedies to help you remove keratosis at home.

Seborrheic keratosis is a growth with the appearance of a mole or warts. In some cases, the growths may look like skin cancer and may affect any part of the body.

Skin keratosis is usually elevated above the skin and may seem scaly and waxy if you look keenly. These non-cancerous skin moles are very common among older adults and can appear on back, stomach, neck, scalp, chest, face, and other parts of the body (but not on the soles and palms).

What Are The Symptoms Of Seborrheic Keratosis?

Skin keratosis can be identified by:

While it is recommended by dermatologists to check your skin regularly for changes, not all rashes, patches or moles are reason for concern.

Distinguishing skin keratosis from melanoma is not an easy task and should be done by a dermatologist by the means of physical examination.

How to Remove Seborrheic Keratosis at Home

In most cases, skin keratosis does not require medical attention—home remedies for seborrheic keratosis have great results and will resolve the condition.

Indeed, as mentioned earlier, it is possible to remove the growth for cosmetic preferences or if the moles are itchy and uncomfortable.

Apple Cider Vinegar (ACV) has many uses, one of them being treating seborrheic keratosis at home. To use the ACV treatment:

The growths may go away after a few days but sometimes it can take up to a week for these to completely disappear.

Serrapeptase is an enzyme that converts proteins into amino acids in the body. This enzyme comes from bacteria found in the gut of silkworms.

Serrapeptase is commonly used as an anti-inflammatory medicine but it can also help to dissolve moles.

Serrapeptase encourages the breakdown of fibrous tissues and leaked fluids that usually cause growths. The tissues are broken down into amino acids and the body treats them as waste products to be excreted.

Serrapeptase tablets should only be taken on an empty stomach or at least 2 hours after a meal. Also, you should not eat any food for at least 30 minutes after ingesting serrapeptase.

Consult a doctor for information on the right amount of serrapeptase to take per day.

Did you know that almost 83 Million Americans have Skin Keratosis, often called the “barnacles of aging”?

Does Seborrheic Keratosis Grow Back After Removal?

Most of the growths that have been removed do not grow back. However, in the unlikely event where a growth returns post-treatment, it's recommended to have a tissue sample taken to outrule cancer.

Irritants such as clothing and jewelry can aggravate seborrheic keratosis. If you develop these growths you may have to give up your jewelry until the growths go away. Also, opt for clothes made from natural fabrics such as cotton as these are gentler to the skin.

Vitamin D helps to boost the skin’s immunity. Low levels of this vitamin are associated with skin problems such as moles. So, incorporate vitamin D into your routine to help ease the appearance of skin growths.

Most of the time, seborrheic growths are painless. But, if the growths are irritated you can ease the itchiness and pain by applying a cool compress to the affected area any time you feel discomfort.

The same medicine you use to remove warts can also be used to eliminate skin keratosis. Apply the wart remover regularly to completely fade the growths. This may take a little longer but many patients say it is effective.

Skin growths can become itchy and it can be tempting to scratch them to ease the itch. However, this can easily cause inflammation and increase the risk of infection.

Do you have skin keratosis growths on your scalp? One way to get rid of the growths is to cut off their blood supply by tying long strands of hair around the base of the growths.

This method can be painful but some patients have found it to be effective. Tying the growths will cause them to shrink and eventually fall off but the process may take several weeks or months. 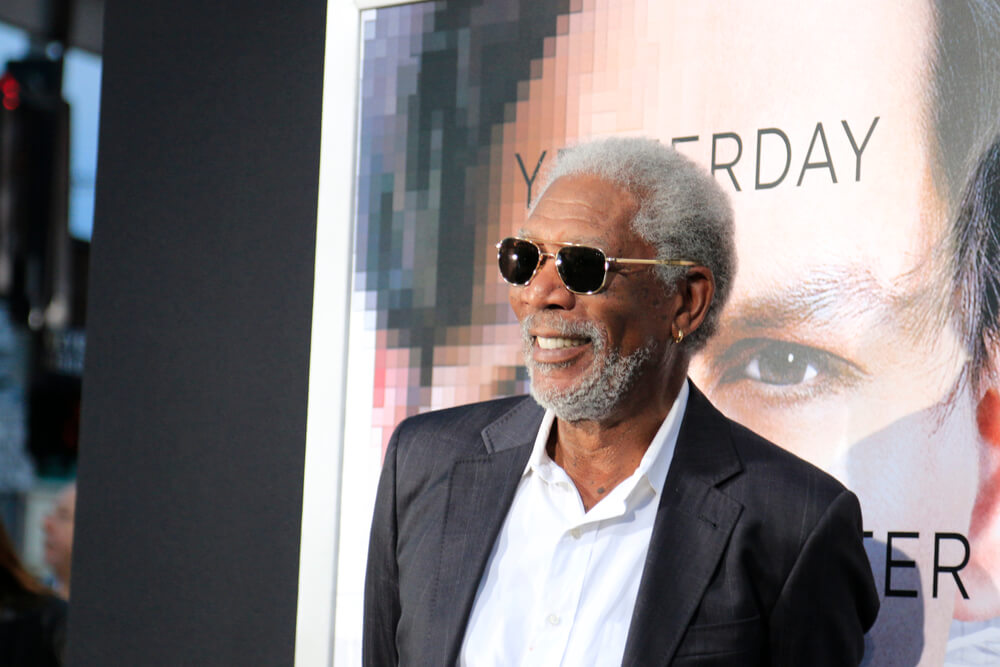 Did you know that Morgan Freeman suffers from Dermatosis Papulosa Nigra?

This Ex-Marine has a skin condition which resembles seborrheic keratosis and affects around 30% of Black people in the US.

Seborrheic keratosis is a common skin condition and age increases the risk of developing the growths associated with the condition. Left alone, most of these growths are painless and harmless but irritants such as rough clothing, jewelry, and constant touching can cause inflammation, so these are things to definitely avoid.

Removing skin keratosis at home requires patience. While some of the treatments recommended above may bring results in just a few days, sometimes you may need to wait a few weeks or even months for your growths to completely disappear.

If you are looking for something like a seborrheic keratosis removal kit, this one here probably comes closest.

How to Treat A Skin Rash On Your Baby